Depression maybe described as feeling down in the dumps, sad, blue, miserable or just plain unhappy. Most people have those feelings once in a while for any number of reasons, but those feelings go away after a short period of time. There is not anything to worry about unless those feelings linger and interfere with everyday life.

The exact cause of depression is not known. Depression is an illness that tends to be flakey at best and affects each person a little bit differently and to different degrees. A significant number of researchers believe depression is caused by a chemical imbalance of the brain. That imbalance may be caused by extreme events in a person’s life or it might be hereditary.

Some types of depression seem to run in families, but those with no family history of depression may suffer from the illness, as well. Depression can also be triggered by stressful life changes or events. Sometimes it is a combination of several things that leads a person to depression.

Depression strikes millions of people each year. Often the result of the illness has debilitating consequences. According to the National Institute of Mental Health, depression is so common it is referred to the “common cold of mental health.” Nearly 10% of the population is suffering from a depressive disorder at any given time.

Depression has a very high cure rate. Effective treatments are available to help people with depression get their life back under control. However, there are large numbers of people suffering from depression go without a diagnosis and treatment.

There is no blood test to diagnose depression, but there are guidelines developed and used by health care professionals that can be used to diagnose depression. According to the American Psychiatric Association, one of the guidelines called DMS-IV is used to diagnose depression. If five or more of the following symptoms exists every day for at least 2 weeks, a call to your health care provider is in order. Those symptoms include: loss of interest if a favorite activity; difficulty concentrating; significant weight change; feeling guilty or worthless for no reason; fatigue or low energy; insomnia or hypersomnia; hopelessness and despair and constant sadness.

Call for Help Right Away

If you are experiencing any of the following symptoms, call your health care provider immediately, if not sooner. Feelings of agitation or restlessness; new or worse anxiety; new or worse depression; thoughts or actual attempts to commit suicide; acting aggressive or violent; extreme anger; acting on a dangerous impulse or an extreme increase in activity and talking.

Depression is an illness that should be taken seriously. Depression can be managed if a proper diagnosis is made and treatment is begun and maintained until such time as a medical professional feels the treatment has run its course. 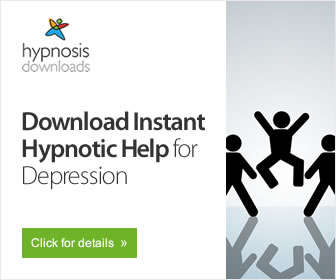 link to Improving Self Esteem In Adults

You likely picked up this article looking for information on how to improve your self-esteem. If so, you are certainly not alone. For decades, self-esteem has been a hot topic and has been many...

Continue Reading
link to Self-Esteem: What are the 3 types of self-esteem?

Self-esteem is an important factor that maintains your well-being. It is crucial which determine success or failure. Self-esteem plays a significant role in one's motivation in life. Self-esteem also...